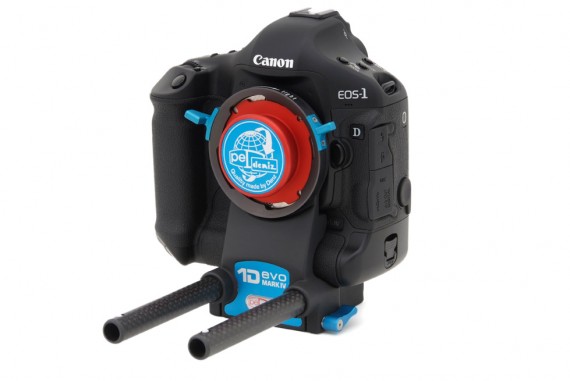 In addition to the Canon 1D they will release the Canon 5D Mark II with PL54-Mount. 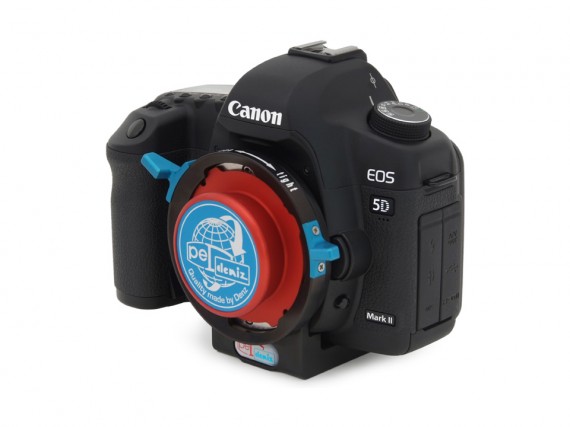 I got the Denz Canon 7D EVO PL a couple weeks ago and shot some BTS on Lucasfilm-Set. The quality of the modified Denz Canon DSLR’s is really solid! You can feel it’s high engineering quality from Germany! Denz won the technical Oscar  for special efforts and consequent development in 1996. 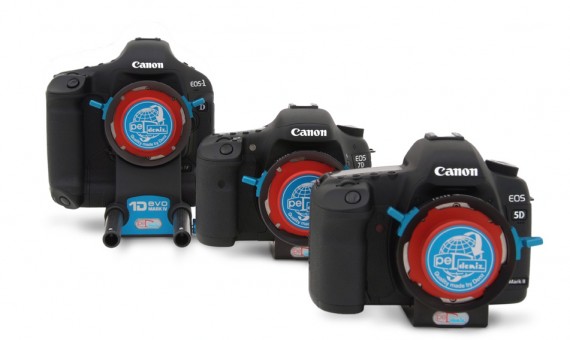 Here you can watch a short video about the Canon 7D EVO PL:

Here are some facts about the PL-Modification of the Canon DSLR-Range:

The originally used sensor-block will be replaced by a new custom made sensor-block, so that the camera-body just contains the electronics.

The sensor-block, the PL54-Mount and the support bracket are building a statically determined unit. In order to avoid a wrong flange depth caused by temperature, the sensor-block is made of a special steel, a material with a super low coefficient of expansion, which is also used in space technology.

The PL54-Mount and the sensor-block are positively tied with a support-bracket, which is made of heavy-duty aluminium (Konstruktal), manufactured from solid material as used in aircraft construction. At the bottom of the support bracket there is one 3/8“ thread to mount the camera and 4 srews to take the load off the camera body.

The shutter-unit remains in the camera. For that reason, still-photography in Manual Exposure Mode is still possible, by using Live View to focus.

In order to start the camera remote-controlled, a 3-pin Fischer plug has been built in, so that CMOTION, ARRI and other accessories can also be used.

It is still possible to activate the Start/Stop – function by IR – remote control.